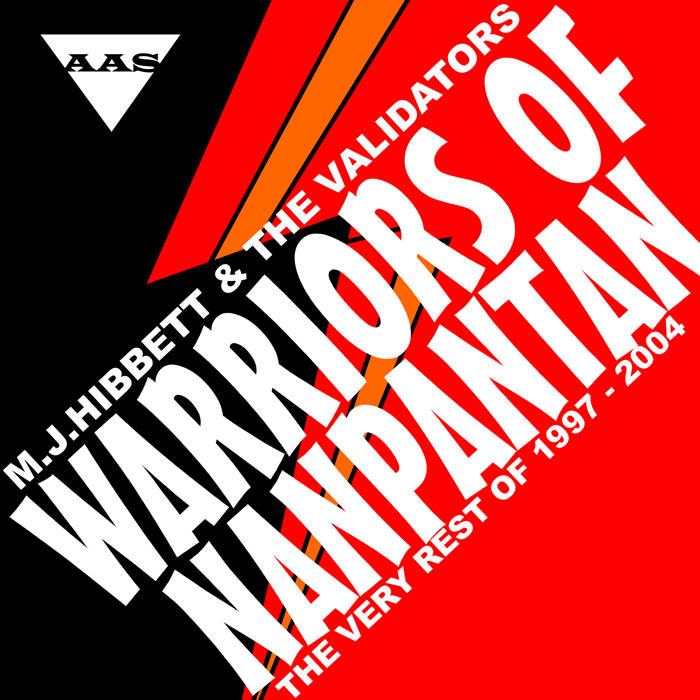 You like the quirky fall-guy humour of Art Brut? You dig the laconic Northern humour of The Wedding Present, the laidback political chutzpah of Half Man Half Biscuit, the idea that "independent" music means a band that is actually INDEPENDENT, not just another bad Keane rip-off? You like tunes with intelligence, acoustic roustabouts, smiles, laughter, a beer down the pub at half time? Then check out this "Rest Of" (1997-2004) of the redoubtable MJ Hibbett - worth the price of admittance alone for the genius anti-apathy anthem "Work's All Right (If It's A Proper Job)".
Everett True, Plan B

The band who should be placed in the Indie hall of fame (if such a thing existed!) for writing a song praising Leicester traffic wardens, release an odds n sods compilation. Tying up all the loose ends in their career so far this collection of rarities, unreleased b-sides and unavailable singles has much to recommend it. Whilst the quality of some of these recordings leaves a lot to be desired, the quality of the songs and trademark humorous lyrics are second to none. Whilst it could be argued that the band’s sound belongs in a different age, musical snobs are missing out. This is good old fashioned lo-fi indie as it should sound and ties things up nicely before their forthcoming third album which is scheduled for release later this year.
Del Franklin

(MJ Hibbett & The Validators - Warriors Of Nanpantan)
Is ACE.

I am tempted to stop there but feel some of you may need more persuasion.

This collection of recordings covering the period from 1997 to 2004 and contains early works, b-sides as well as previously internet only and recently deleted singles. This is billed to those who own the entire back catalogue as 'The Rest Of MJ Hibbett & The Validators'. The earlier recording are of a slightly lesser quality but this does little to diminish the enjoyment to be gained by listening to them.

Each of these songs has the characteristic wit and aplomb that fans of Mr Hibbett will know from old. The subject matter ranges from the classics of love and jealousy ('The Perfect Love Story', 'Another Mans Laundry') through the absurdities, large and small, of life in general ('Red And White Sockets') to stories that easily echo the lives of listeners ('Clubbing In The Week', 'The Same Page Of The Map'). The humour and resonance of many of the songs allows an instant recognition and empathy. 'Warriors of Nanpantan' is a fine collection of great songs.

Or as I said earlier; it is ACE.
Bob Gray, Between Planets

Sparked by MJ Hibbett & The Validators’ amazing success in 2004, which began with an online video for Hey Hey 16k (which was made by b3ta.com’s Rob Manuel and became the most popular download on the internet in its first week of release), this collection of b-sides, compilation tracks, online releases and unreleased songs is sure to have fans in a frenzy.

The sound quality of some of the earlier tracks leaves a little to be desired but Mark’s sharp witted lyrics prevail throughout. Highlights include Clubbing In The Week, Fucking Hippy, the tragic Perfect Lovesong, the Frankie Machine-penned Friday 13, Another Man’s Laundry, Walkman In My Head and the anthemic Peterborough All Saints Wide Game Team (Group B). It all draws to a close with Dinky Doo, a song written by Validators vocalist Emma Pattison for her drummer husband Tim.

As is now the staple of Hibbett releases, this CD is not content with just holding 22 tracks (23 actually), oh no, pop it into your computer and you’ll find lyrics, extensive sleeve notes, video clips and MP3’s, including the Fair Play Sessions from the Steve Lamaq show in July 2004.

Get in quick Hibbett fans, this is a limited edition release, only available from www.mjhibbett.com and gigs.
Andy Malt, Indigo Flow

I was feeling a bit dopey when I opened up my emails.

Did you receive the Warriors of Nanpantan CD…"

I scratched my head (cartoon gestures please me) and thought hard. That sounded a bit black metal and I couldn't remember anything of that nature dropping through my door recently. Then I read on and saw the words "M J Hibbett & Validators" and the penny dropped.

The Warriors of Nanpantan, is far probably as far removed from black metal as is possible. It is in fact it is full to bursting point of songs sang in a typical "M J Hibbett and the Validators" whole hearted manner. Recorded between 1997 and 2004 and taken from b-sides, compilation CDs as well as other previously unreleased material the CD is an instantly likeable collection of quirky stories sung with enthusiasm and spirit.

With a total of 23 songs as well as a video clips and extra sound files there are far too many highlights to mention. From the is a tale of the perfect love song that never was ("All of a sudden…nothing happened, out of the blue they didn't meet" ) to Hibbet's Golden Rules of Beer ("If the name sounds like it was thought of three fat smelly old blokes in the brewery then only drink it if that is who you are") the CD had me smiling.

There is a modern country ballad in the guise of "Ring your mother", a reminder not to take the women who fed and clothed you in the formative years of your life for granted. And then there was the heart warming clip clopity "leave my brother alone" which had me feeling quite choked up and phoning my sister within minutes. Not to mention "Another true story" a gentle wistful melody of Glastonbury, longing and missed oppotunity.

I could go on (and on and on) and quote a million more lyrics, but I think I shall stop here and sum up by saying that this CD was GRATE.
Rachel Queen, Friends Of The Heroes

Singer-songwriters are ten a penny, it is true, and many of their number attempt a humorous take on the quirky nature of life in general and in particular to them. Few, though, pitch it as well as MJ Hibbett Esq., lyrical dexterity a speciality. It is proletarian pop merging the worlds of Half Man Half Biscuit and William Bragg. The social politics of the latter, and the lovestruck-boy emotional appraisals, are something MJH shares, and even parodically nicks the melody of ‘Between The Wars’ to open ‘Work’s All Right (If It’s A Proper Job)’ which itself begins this handsome collections of bits and pieces. MJH doesn’t really do b-sides though so don’t expect any dip in quality. Classics such as the lo-fi scuzz of ‘Fucking Hippy’ (from 1998) and last year’s ‘Walkman In My Head’ highlight a maturation in the Validators recorded sound, although the cheeky humour remains the same (and ‘Same Page Of The Map’ brings the lo-fi right back). Also it has ‘The Peterborough All-Saints Wide Game Team (Group B)’, possibly the finest update of the tortoise and hare tale ever committed to vinyl, and now to CD. This you really must get and it’s a limited edition from www.artistsagainstsuccess.com only. Be quick.
Skif, Vanity Project

Bunch of musically flexible and competent guys led by a guy whose principle concerns seem to be beer, hippy-baiting, falling in and out of love, money and the lack of it and beer. So, it’s pretty much a gentler and less political ramble through the backstreets more usually stalked by Mitch Benn, or a sneakier and slightly less sardonic splash through the puddles where Neil Innes lurks, but still, the greatest moment is for me the Jilted John ranterooni of “Fucking Hippy”, I mean, “if you’re telepathic, why don’t you leave?” beats Leonard Cohen into any lyrical hat you care to cock. There a grand, and I mean grand, total of twenty two smashing tunes here and while humour, wry, twisted and gut abounds, there’s also darker and weighter stuff aired, check “The Perfect Love Song” or “Another Man’s Laundry” for the darker side.
Unpeeled