from Total Hero Team by MJ Hibbett (and Steve) 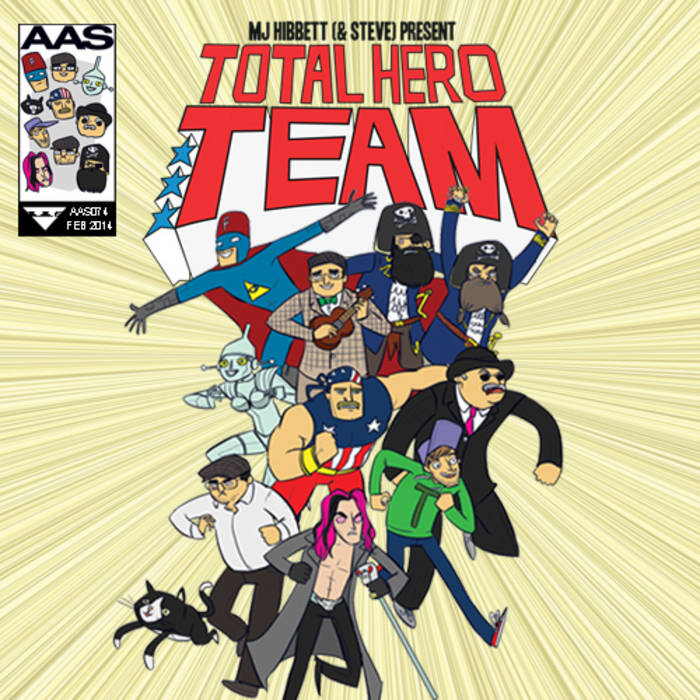 Tender advice given by Desmond to Tony, from the heart, in "Total Hero Team". One of my main AIMS for this show was to write songs that could be taken out and played in my normal set - when we did "Moon Horse" hardly any of the songs worked that way, so I wanted to make sure things were different this time!

THUS I tried to write something more like my "usual" stuff i.e. about ME! Also I began writing the show around the time of the Olympics and Paralympics, so had just watched a drama documentary about Sir Ludwig Guttman, who was GRATE. I saw an actual clip of HIM himself too, during which he pretty much said EXACTLY what it says in the song.

My favourite line, however, is the "Gazza's goal against the Scottish" one. I think that's SO clever, I'm always disappointed when audiences fail to burst into spontaneous applause whenever they hear it!

I wasn't always the macho hunk of sheer beefcake you see before you now
At school I was a little fat kid, PE was a weekly hell
And so I threw myself into books, I sneered at those who played games
I put myself above them, resolved that I would hate it forever
But then, in 1996
I realised what I'd missed
I'd denied myself the fun of sport
The excitement, the drama, and so, in short

I used to say I didn't like curry, I thought it was disgusting and weird
Then found out it wasn't supposed to have sweetcorn, bananas, sultanas – that's just how my mum made it
Taxis, Restaurants, Jaffa Cakes, Dishwashers and The Smiths
Were things I expressed disdain for, when the truth of the matter was this
I might have claimed high principals
But at the end of the day
I wasn't being moral or ethical
I was just afraid

So I got over it, Got over it
And decided that denying the delights of life is frankly daft
I got over it - and now I'm over it
I don't let the future be deflected by the crap that happened in the past

In the words of Sir Ludwig Guttmann, founder of the Paralympic games:
This sitting around feeling sorry for youself is no good. Cut it out! Or to put it another way:

MF DOOM is given his flowers, plus appearances from MC Jada Imani and Stanley Ipkuss